Typographic page for the magazine "Illywords", published by Corraini

My contribution for the special issue of the magazine Illywords, entitled ‘The culture of Listening’ and published by Corraini, consisted of interpreting the Shavian Alphabet. 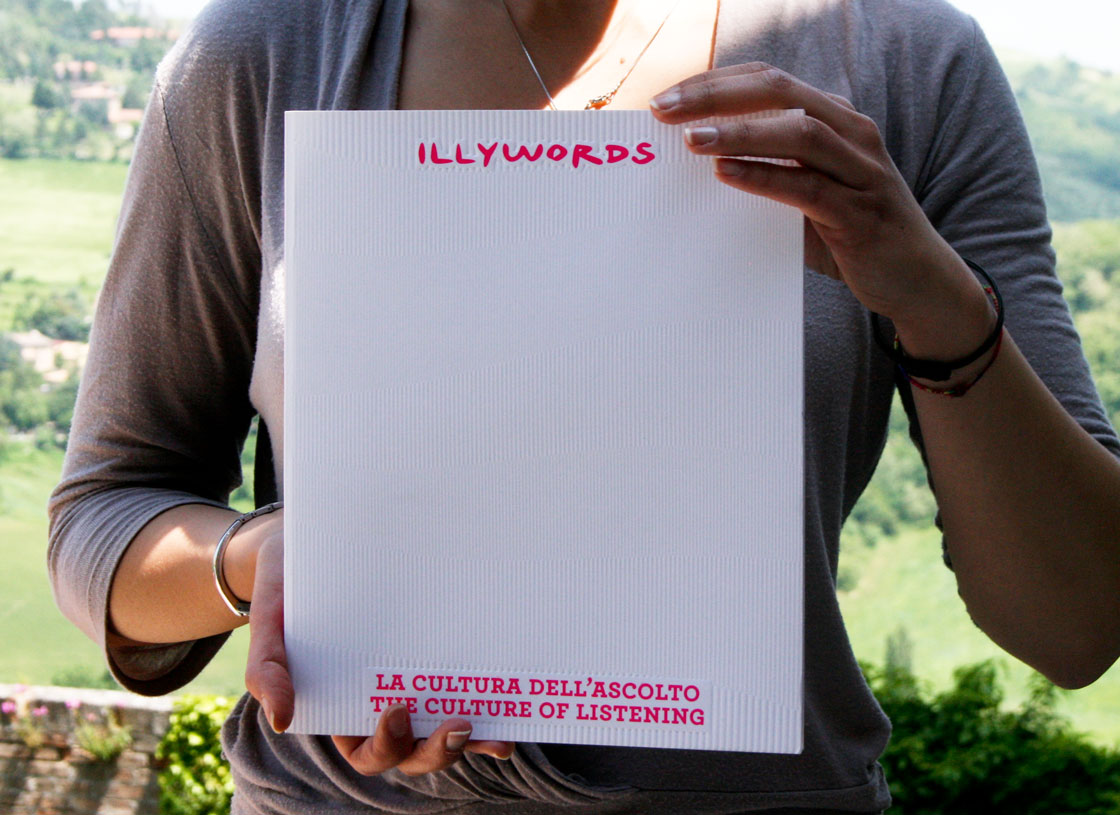 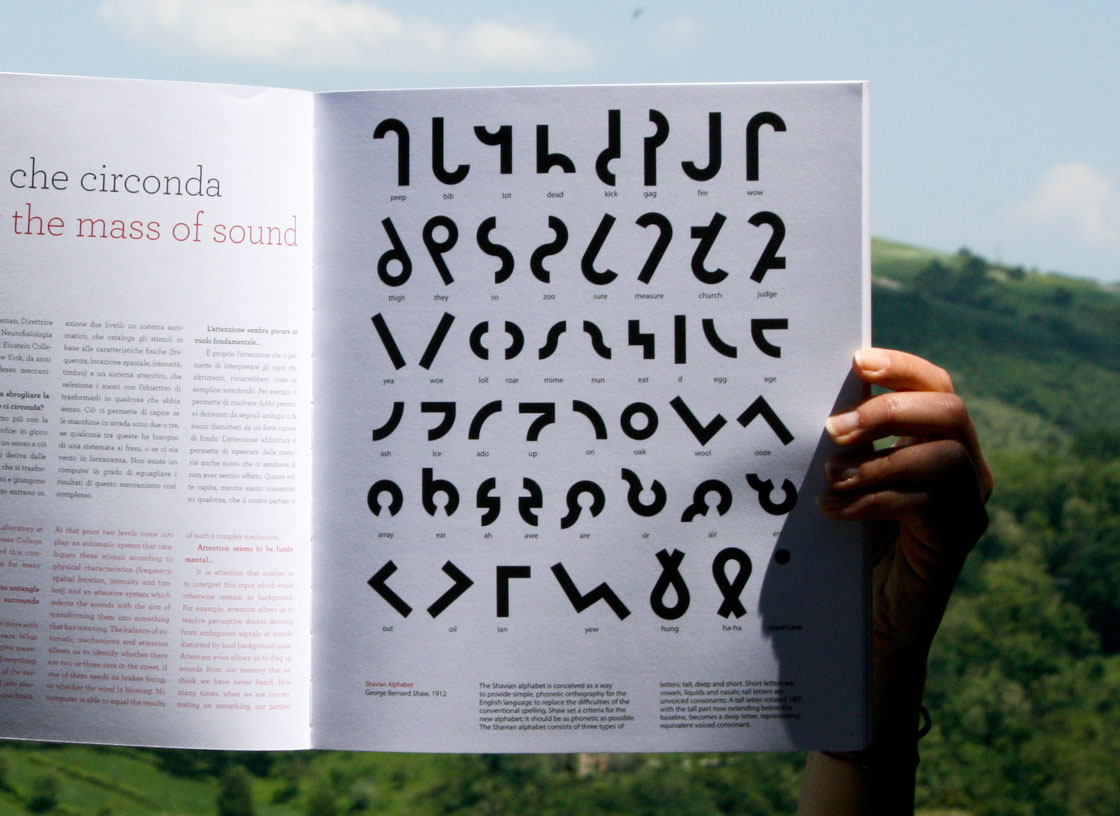 SHAVIAN ALPHABET
The Shavian alphabet of George Bernard Shaw (1912) is conceived as a way to provide simple, phonetic orthography for the English language to replace the difficulties of the conventional spelling. Shaw set a criteria for the new alphabet: it should be as phonetic as possible.
The Shavian alphabet consists of three types of letters: tall, deep and short. Short letters are vowels, liquid and nasal; tall letters are unvoiced consonants. A tall letter rotated 180°, with the tall part now extending below the baseline, becomes a deep letter, representing equivalent voiced consonant
Previous
Next